Lots of musical ground to cover this Sunday on Fine Tuning! In the album spotlight will be “All Of This Life,” the rockin’ new release from the L.A. power trio known as The Record Company (pictured). Also in the mix will be lots of tunes featuring Ry Cooder, the veteran guitarist, songwriter, vocalist and producer. Ry is in Ann Arbor for a rare concert appearance next Friday, June 22nd at the Michigan Theater. That plus a tribute to drummer D.J. Fontana, who died on Wednesday at the age of 87. D.J. is heard on hundreds of Elvis Presley’s recordings, including early hits such as “Jailhouse Rock,” “Hound Dog” and “Don’t Be Cruel.” Fine Tuning: 4 – 6 p.m. Sundays on ann arbor’s 107one. 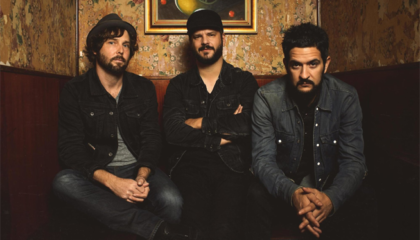