This Sunday in the album spotlight on Fine Tuning I’ll be featuring the swinging and soulful new release from Van Morrison and Hammond B-3 organist Joey DeFrancesco. The album is called “You’re Driving Me Crazy” and it includes a nice mix of standards (“Everyday I Have the Blues,” “Miss Otis Regrets”) along with new versions of Van Morrison classics (“The Way Young Lovers Do,” “Have I Told You Lately?”). Also in the mix will be a tribute to the great drummer John “Jabo” Starks, who died on Tuesday at the age of 79. Jabo played on many of James Brown’s greatest hits. Fine Tuning: 4 – 6 p.m. Sundays on ann arbor’s 107one. 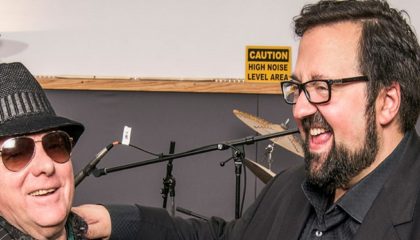