This Sunday on Fine Tuning I’ll be devoting over an hour of my program to the music of Leonard Cohen (pictured), who died on Thursday at the age of 82. Also in the mix will be some post-election songs of healing & reflection from Bruce Springsteen, John Lennon, Marvin Gaye and American Music Club, and in the album spotlight will be ‘Eternally Even,’ the new solo album from My Morning Jacket frontman Jim James. Fine Tuning: 4-6 p.m. Sundays on 107one. 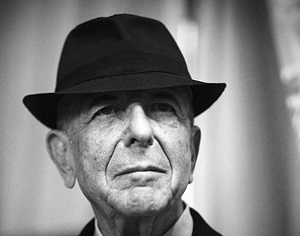