Lots of music to get to this Sunday on Fine Tuning, including the new album by Duncan Sheik (‘Legerdemain’) and the first release in 15 years by French musician-producer Ludovic Navarre, who records under the name St. Germain. We’ll also get to tunes by Patti Smith, who visits the Michigan Theater this coming Monday to read from and sign copies of her new book ‘M Train;’ and indie-rockers Luna (seen below), reformed after a ten year split and playing next Thursday at St. Andrew’s Hall. Fine Tuning: 4 – 6 p.m. Sundays on ann arbor’s 107one. 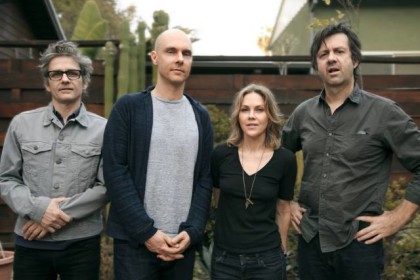